The workplace is a mirror of society, and drug testing trends reflect it.

“Fentanyl is everywhere…no community is safe from this poison.” That’s according to U.S. Drug Enforcement Agency administrator Anne Milgram. She warns fentanyl is the single deadliest threat to our country.

What does this mean for employer drug testing? It means trouble could be on the horizon, because if it’s impacting society, it’s impacting the workplace.

Fentanyl testing is just one of many trends covered in the annual employer survey, Drugs At Work, performed by Current Consulting Group. Here, we share the survey findings, including what’s happening today in employer drug testing and how businesses are shifting their drug testing programs amid a complicated landscape of changing marijuana laws.

First, let’s establish a baseline. The lion’s share drug testing reported in this year’s survey, 76 percent, came from smaller employers with 500 or less employees. In a distant second spot, the next highest volume, 7 percent, came from the other end of the spectrum—employers with 10,000-plus workers. Since most U.S. companies are small businesses, the 2022 Drugs at Work survey offers a highly representative sample of what’s happening in the American workplace.

The reasons employers are performing drug tests today are in synch with past attitudes, with the top motivators being to 1) promote a healthy and safe workplace; 2) comply with state/federal laws and regulations; and 3) minimize legal risks. Of note in the “other” category, employers also say they’re using drug testing to help boost productivity and improve their company’s image.

In terms of testing methods, lab-based urine testing remains “king of the hill” at 87 percent, with instant urine (42 percent) and hair testing (26 percent) placing second and third. These numbers mirror years past, with minimal changes. Fast forward to 2022 and nearly 37 percent of employers report that their pre-hire drug testing rates are higher than last year. While the hike is likely due to rebounds in hiring in early 2022, some businesses may be responding to the link between pre-hire drug testing and post-accident positivity rates.

In any case, pre-hire drug testing can help reduce the likelihood of placing workers engaged in substance abuse in high-risk positions, where they may go on to have higher accidents rates and compromise the health and safety of the workplace.

Two trends to keep an eye on. Within the “testing methods” category, there was a notable uptick in one area: instant oral fluid testing. Last year, it was mentioned as a trend to watch and, as predicted, it increased more than 2 percentage points from 12 percent to 14.4 percent. There are big reasons for this.

The next trend pertains to fentanyl. As a powerful synthetic opioid that’s up to 100 times more potent than morphine, fentanyl played a leading role in the more than 107,000 U.S. drug overdose deaths reported between December 2020 to December 2021, according to the American Medical Association.

While it can be legitimately prescribed for pain, today’s drug dealers are mixing illegal fentanyl with other street drugs like cocaine and heroin as a cheap additive to increase addiction. Because of this, many people are unknowingly exposed to the drug and, as a result, accidently overdose or become hooked.

Given the tightening grip this deadly drug has on America, a new question regarding fentanyl was added to this year’s survey to help increase awareness. It simply asked: “Regarding Fentanyl, did you know that it is typically not included in a drug test panel that includes opioids?”

Surprisingly, just under half of respondents, 47 percent, admitted they were NOT aware that fentanyl is not normally included in a drug testing panel with opioids. Employers who are concerned about this drug and its potential impact on their employees and workplace should immediately ask their drug testing provider about the specifics of their drug testing policy and consider amending it to include fentanyl testing.

The cannabis conundrum continues. The evolving legalization of marijuana for medical and recreational at the local, state and federal level continues to confound employers.

When asked their position on testing for marijuana use in the workplace, most (75 percent) said they plan to continue testing for it; however, it was the remaining one out of four employers that caught our attention. Nearly 10 percent have either stopped testing for marijuana or are considering dropping it from their testing panel and another 15 percent aren’t sure what to do.

Clearly, the issue is crippling many employers with indecision, particularly those with a nationwide presence across multiple jurisdictions with different laws. Just weeks ago, as a result of the November 2022 elections, two more states—Maryland and Missouri—joined the growing list of jurisdictions that have legalized recreational marijuana, bringing the total to 21 states, the District of Columbia and two other U.S. territories. The point being, it’s a highly fluid compliance environment and employers are rightly confused on how best to proceed.

Further complicating matters, a handful of states—including the recent addition of Missouri—have passed laws impacting an employer’s ability make hiring or firing decisions based on a positive marijuana test result, even though marijuana testing for employment purposes remains legal in most states.

The bottom line is this. Marijuana is a Schedule I substance under the Controlled Substances Act. It has a high potential for abuse and can impair employees for several hours after use. Employers with a vested interest in promoting workplace safety are strongly encouraged to continue testing for marijuana and consult with their in-house legal counsel on evolving screening restrictions and guidelines. When asked, as part of the survey, why employers would consider removing marijuana from their drug testing program, two responses lead the pack. Roughly half, 55 percent, said they can’t find new employees due to marijuana-positive drug tests. An equal number, 55 percent, cited a privacy issue, saying that what employees do in their own time is not the employer’s business.

This is interesting for many reasons. The whole point of drug testing—and background checks in general—is to identify “known risk.” It’s not about eliminating candidates due to prior offenses or behaviors; instead, it’s about better understanding candidates and the potential for risk in the workplace. This includes the risk to other employees, customers and, of course, the risk to the company’s brand reputation and bottom line. Think: negligent hiring, internal fraud, etc.

For example, survey respondents said their top concerns about legalized marijuana are safety (61 percent) and productivity (59 percent). Yet, knowing in advance about an employee’s risk potential can help employers protect the broader business by placing workers in the right position based on a more holistic understanding of their strengths and weaknesses. Likewise, employers can proactively offer substance abuse support to help nurture employee health and well-being, improve worker potential and productivity, and the list goes on.

Looking ahead, as the country quickly shifts from a tight employment market to an atmosphere of increased layoffs heading into the holidays, it’s never been more important to work with a qualified, knowledgeable drug screening provider to help optimize the screening and hiring process, and deliver the best-possible candidate experience. Having a modern, flexible drug testing program informed by the latest trends and trusted expertise can help employers reduce risk, better understand employees and best position their workforce and their business for future success.

To learn more and see other drug testing trends—including the latest alcohol testing statistics and other critical program benchmarks—view the webinar presentation slideshow.

For questions about your drug testing program or any of the trends discussed in this article, please contact First Advantage to get started. 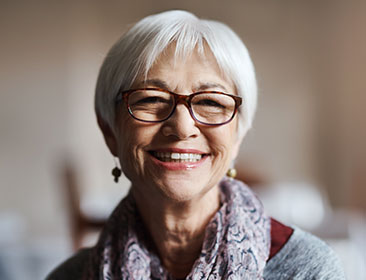 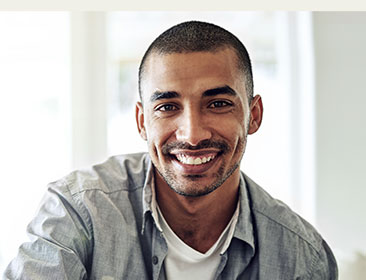